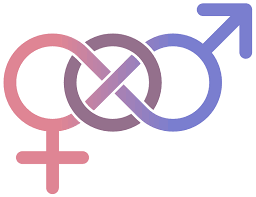 Oregon officials voted Thursday to add a gender-neutral option on state IDs, making it the first state in the country to recognize non-binary people on their driver’s licenses.

The unanimous decision by the Oregon Transportation Commission is the final step in a year-long process that began in June 2016, when Portland resident Jamie Shupe became the first legally non-binary person — identifying as neither male nor female — in the country.

The option, which will be available starting July 3, will make a difference for non-binary and transgender people for whom using an ID marked “M” or “F” is inaccurate or even dangerous, advocates say.

“I think this will make a real difference in people’s lives, and I think it is a great step for removing even more barriers,” said Amy Herzfeld-Copple, co-director of LGBTQ advocacy group Basic Rights Oregon.

While transgender and non-binary issues have gained greater prominence around the country, only several states have addressed the issue of identification. In May, California state senators approved SB 179, which would add a non-binary option on state driver’s licenses, with a 26-12 vote. It is currently under consideration in the state’s House of Representatives.

Herzfeld-Copple said she hopes Oregon’s decision can serve as an example for other states. “Often, really important policy changes don’t happen as the result of legislation, but as a result of working directly with agencies to remove barriers,” she said. “This will be helpful in writing a playbook for other states.”

Shupe, who uses the pronoun “they,” was born in Maryland in 1963 and grew up there before joining the military at age 19. Having struggled with gender dysphoria for years during their military service, Shupe found community in a genderqueer support group after moving to Oregon in November 2014.

In April 2016, Shupe petitioned the Multnomah County court for a sex change, a routine step in states that require a court order in order to change a license. But unlike other requests, Shupe asked to identify as “non-binary,” a gender that is neither male nor female.

Shupe’s request was granted through a court order by Judge Amy Holmes Hehn. Walking out of the courtroom that day, Shupe was elated but terrified that “that this whole thing might die with me.”

It was “a really lonely and scary feeling to be the only person … that was in possession of the court order that just broke the gender binary in this nation,” they said in an email.

After the Oregon DMV received the court order, it began researching how to add a new option on driver’s licenses for people like Shupe. This process included creating an advisory committee with representatives from the Oregon state police, advocacy group Basic Rights Oregon, the Oregon Department of Justice and non-binary or genderqueer individuals, among others. The department decided to offer “X” as an alternative choice to “M” or “F.”

From April 1 to May 12, the DMV held a public comment period and two hearings in Eugene and Portland. During that process, the DMV collected 83 written and oral comments, 71 of which favored making the change. DMV spokesman David House told the NewsHour in May that public feedback was “overwhelmingly positive.”

People who supported the change told the DMV in public comments that adding the “X” option is an important step for people whose appearance does not match the marker on their ID, which can leave them vulnerable to harassment, discrimination or violence.

“This small, significant change is about affording me and others like me the same basic dignity as those who see an “M” or an “F” on their driver’s license and feel accurately represented; to be who we are without being subjected to suspicion or ridicule,” read one comment.

At least one comment against the change raised the concern that an ID reading “X” would make it harder for police or others to identify people. But, LGBTQ law organization Lambda Legal noted in a public comment that “there is no evidence to support arguments that making nonbinary gender markers available will negatively affect public safety.”

Non-binary advocates have also raised the concern that IDs marked “X” could be incompatible with health care systems, housing programs and other institutions.

Internationally, the “X” option is acceptable under United Nations aviation standards, and at least eight countries allow a third gender option on either passports or national ID cards, including Australia, Germany, New Zealand, Bangladesh and Pakistan, according to Lambda Legal. Ontario, Canada, began issuing licenses marked “X” in March. And the change will be consistent with the REAL ID Act, which requires that driver’s licenses list a sex designation but leave definitions up to states.

Meanwhile, a small group of people in California have followed Shupe’s lead by obtaining court orders that legally identify them as non-binary. Sara Kelly Keenan became the first person in California — and the second person in the country — to do so in September. Today, about 20 people in the U.S. are legally non-binary, said Douglas Lorenz, communications director for the Intersex and Genderqueer Recognition Project, which has advised about 20 people making this change.

LGBTQ advocates say this decision supports the case of Dana Zzyym, an intersex veteran who sued the State Department after they were denied a passport. Instead of selecting “male” or “female,” Zzyym wrote “intersex” on the passport application.

“This decision should provide even more support for the arguments we are making in federal court … that allowing accurate gender markers is necessary and required constitutionally, and just by common sense,” said Hayley Gorenberg, the deputy legal director and general counsel for Lambda Legal. “I certainly hope that this decision by the state of Oregon to do the right thing and give people accurate ID documents will influence the case for Dana and other people in their position.”

Shupe said via email that they were thankful for the people “who not only believed in me, but also in what I wanted to accomplish on behalf of all of the various communities that are stakeholders in this historic human rights victory for sex and gender.”