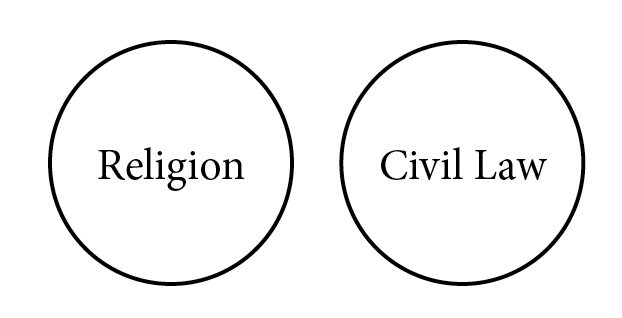 I think some people conflate the spheres of religion and civil law. They are two separate realms, just as religion and science are— and we have many religious scientists of faith.

Jesus’ declaration that marriage is between a man and a woman lives in the realm of religion.
The laws giving gays the right to civil marriage live in the separate realm of civil law and are based on the concept of not excluding one class of citizens from the rights and benefits of civil law.

A president who supports gay marriage is not turning his back on his Christian faith. He is acting in accordance with the First Amendment separation of religion and civil law.

Let me add that we still have prayer in school—we just don’t have someone telling us what to pray, because we don’t all pray with the same words.

I prayed in school many times and was never arrested for it.

And while I’m on this soapbox:

You can still say Merry Christmas!

Those of us who wish people Happy Holidays are honoring the different beliefs that don’t all celebrate Christmas. We’re being inclusive, not exclusive.